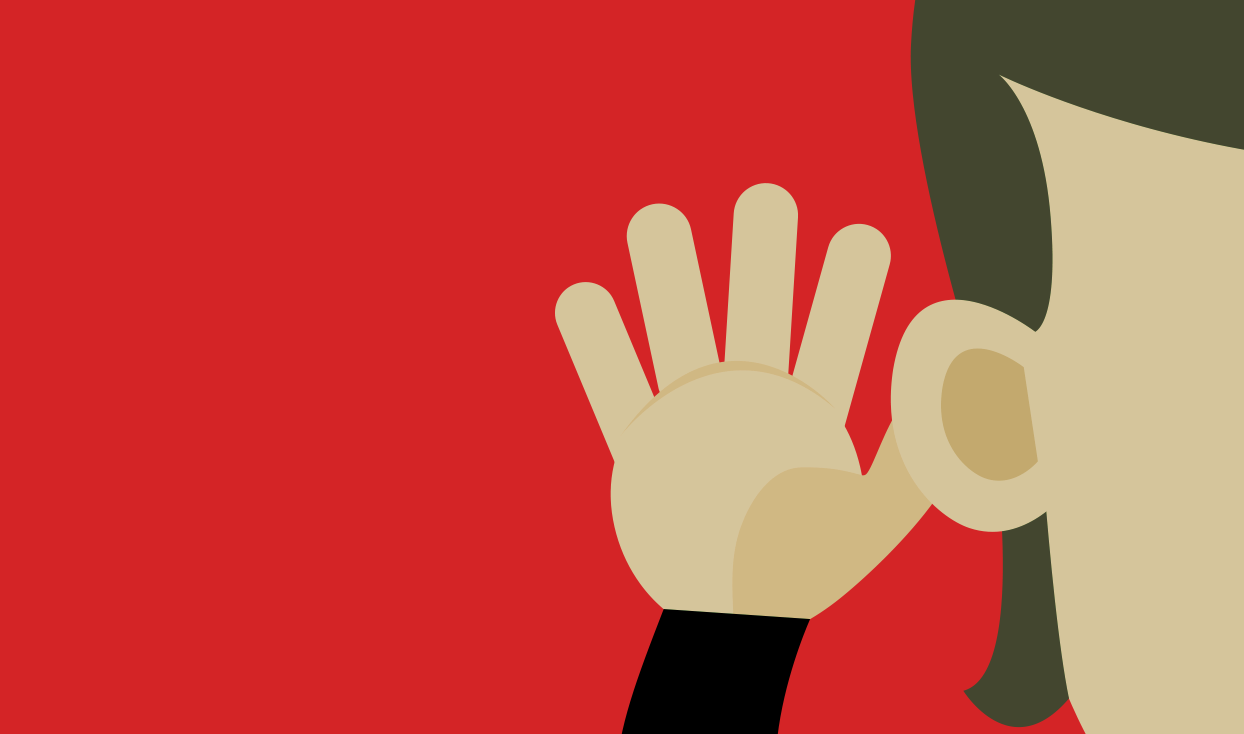 19 Buzzwords Editors Are Tired of Hearing

The business world is full of enough buzzwords to make your head spin.

Whether you’re on the “bleeding edge of innovation” or you’re “drinking your own Kool-Aid,” buzzwords can make your content seem fluffy and can send the wrong message to readers: that you don’t actually know what you’re talking about. Readers are flocking to your content to learn from your expertise and experience — not to read buzzwords that don’t communicate any specific or unique information.

Sure, it’s OK to use some buzzwords when they’re highly relevant and communicate your point effectively. But most buzzwords are overused and unclear (and simply need to be laid to rest).

To help refine your content and “take it to the next level,” Influence & Co.’s editorial and publication teams have come up with a list of 19 buzzwords that make editors want to pull their hair out.

Remember the last time you went to the orchard to go apple-picking? It was tough to get the stuff at the top, right? You had to drag over a big ladder or ask someone to lift you up in the cherry picker. You had to remember to take a basket up there with you and put on your safety harness —

Wait, you haven’t experienced this?

That’s because most people haven’t.

Sure, food imagery is good and all, but being more straightforward in your writing can help you communicate more clearly and ensure your readers understand what you’re trying to get across. When you say you’re “picking the low-hanging fruit,” no one knows which specific opportunities you’re talking about, let alone whether “picking” them is a good decision.

Sure, everyone wants to be revolutionary. But in reality, even though they’re doing great work, most companies aren’t doing anything really groundbreaking in their industries. Reserve this word for instances when you’re talking about something that’s actually brand-new and hasn’t been done before — ever.

Let’s be honest: Most people put this word in front of simple decisions or actions to make them sound more important. “Strategic leadership” sounds more impressive than “leadership,” right? Eh, maybe not — it just sounds like you’re trying too hard.

Plus, this word just reminds us of “strategery” from the George W. Bush and Al Gore skit on “Saturday Night Live.”

Most people use this word when they mean “innovative” or “super cool” but want to sound edgy. But the actual meaning is quite different.

In a New York Magazine article, Kevin Roose credits Clayton Christensen with coining the term. “‘Disruptive’ doesn’t mean ‘inventive,’ ‘unorthodox,’ or ‘cool,’” he wrote. “Christensen defined ‘disruptive innovation’ as the process by which ‘technologically straightforward’ services and products target the bottom end of an established market, then move their way up the chain until, eventually, they overtake the existing market leaders.”

So unless you’re talking about a straightforward product or service that aims to start at the very bottom of an industry that already exists and work its way to the top, don’t use this word.

Sure, being “transparent” is a good thing, but let’s just say what we really mean: open and honest.

Apparently being on the cutting edge isn’t quite edgy enough. So we’ve one-upped that by being on the bleeding edge — we’ve gone past the cut and are now actually bleeding, guys! Gross imagery, right?

“Big data” refers to the vast amount of data that’s constantly being generated by digital processes. Rather than broadly saying “big data,” let’s be more specific and tell readers exactly what data sets we’re talking about.

OK, “any ship analogy” obviously isn’t a buzzword. But if you peruse online publications that publish content on business or leadership, you’re bound to discover SO MANY ship analogies.

What other world would we be living in?

11. Drink Your Own Kool-Aid

This one is all too familiar to us. We’re guilty of using this phrase to describe how our team uses the same process internally as we do for our clients because we truly believe in what we do. But we’ve vowed to stop making the red punch dude a thought leader in believing in what your business does. Who’s with us?

(Not to mention the factually incorrect and potentially offensive nature of the phrase.)

This is OK in some instances, but in most cases, it’s more effective to tell readers exactly how something has been affected, not simply that it had an impact. Readers are consuming your content to learn from you; using vague phrases like this one isn’t going to help them understand and apply your content.

This is another vague phrase that really shouldn’t be used unless you’re going to explain how you, your company, a practice, or a product or service “moved the needle.”

Instead of just saying that something “moved the needle,” tell readers exactly what the impact was, such as how much profits increased, how many more leads converted into customers, etc.

Leverage, when used as a verb, usually describes how something can be controlled or manipulated. That has a bit of a negative ring to it, doesn’t it?

So don’t say you can “leverage” your employees or other valuable assets to achieve some business objective. That just sounds harsh.

16. Think Outside the Box

Why are you in a box to begin with?

Buy-in is basically getting your superiors or other departments to agree with you after you’ve come up with and refined an idea. When you say you’ve gained buy-in, you’re saying you came up with an idea on your own but now want your higher-ups to embrace it as though they’ve been involved from the get-go.

This sounds a little negative, right? Rather than saying “buy-in from the C-suite,” for example, why not just say that you have “the C-suite’s support”?

Guys. You only have 100 percent to give.

There are so many ways to say this: impress, excite, thrill, awe, surprise, delight, etc. I know you’ve heard of Thesaurus.com. Don’t be afraid to pay it a visit every once in a while so you don’t sound like you’re in an infomercial.

Eliminating these 19 words and phrases from your writing is a great step toward standing out from the buzzword-laden crowd and publishing higher-quality content that keeps readers coming back for more.

Did we leave out any buzzwords that need to be stopped? Let us know in the comments!

Curious to know how to effectively write content, pitch editors, and get published in industry publications? Download the 2018 State of Digital Media below: 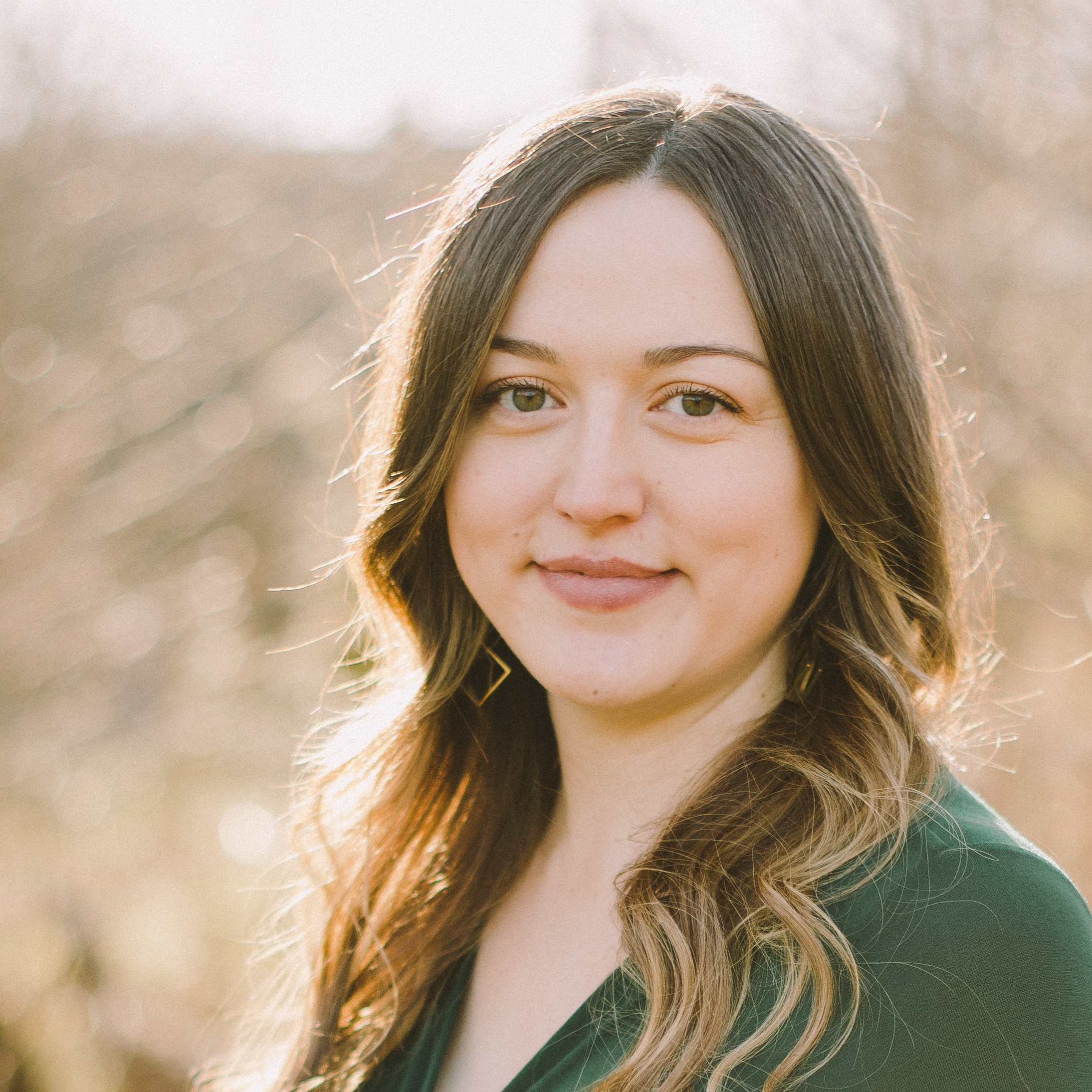 I'm a content-obsessed word person with a passion for finding the coziest coffee shop in town. By day, I'm the content marketing manager at Influence & Co. In my downtime, you can find me hanging out with my husband and son, reading a book, sipping a latte, drawing, hand lettering, or watching "The Office" for the zillionth time. 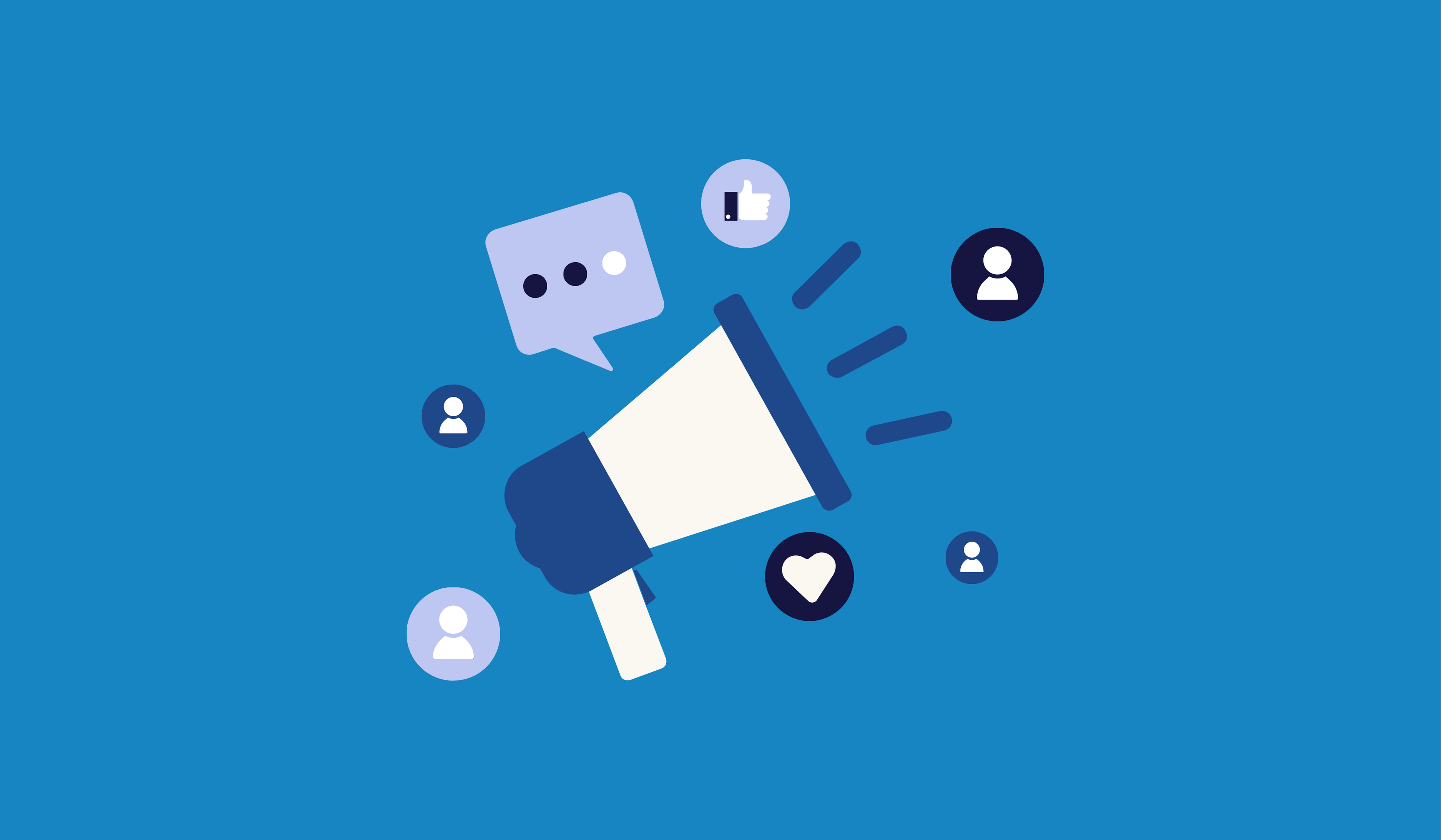 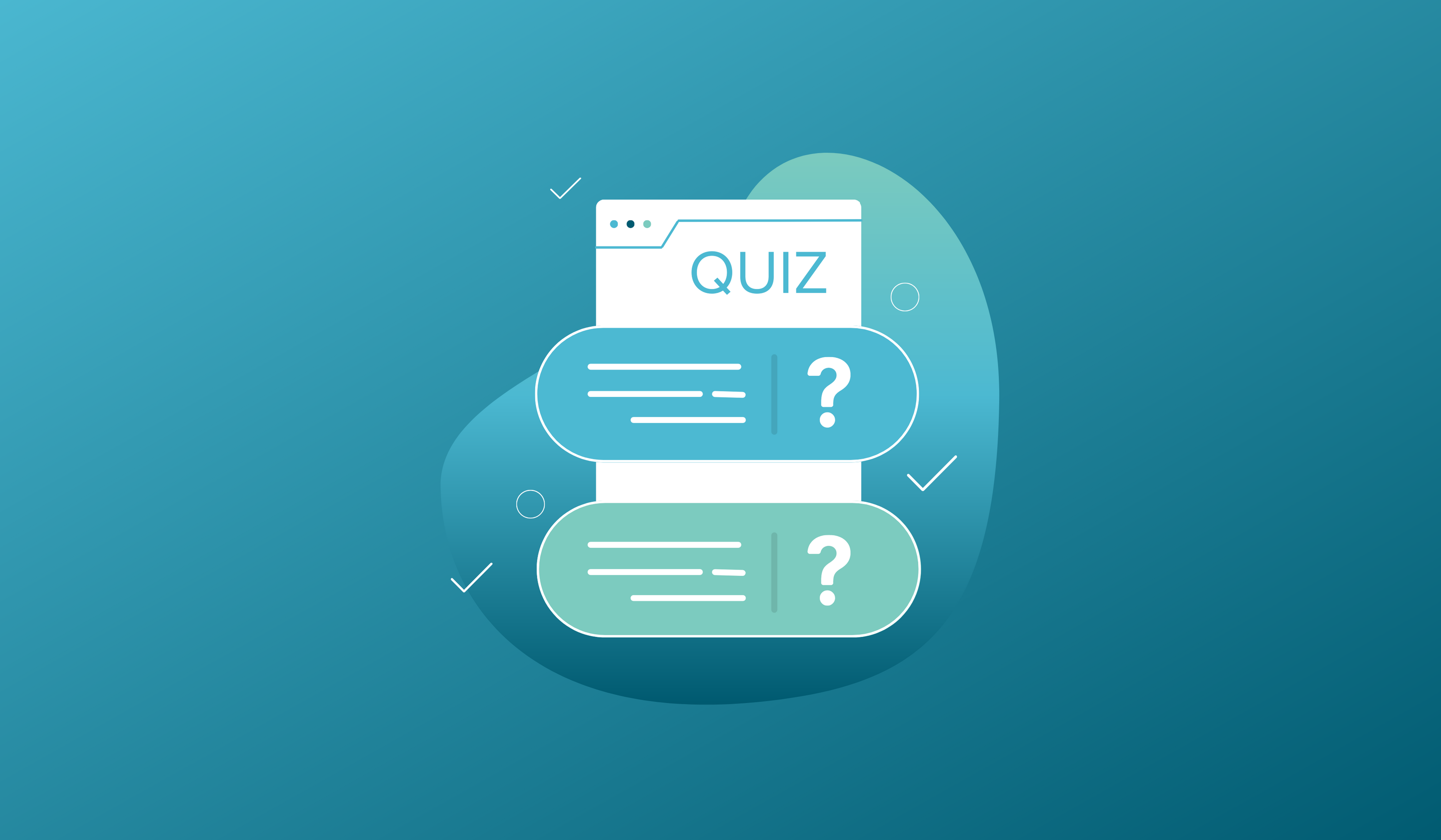 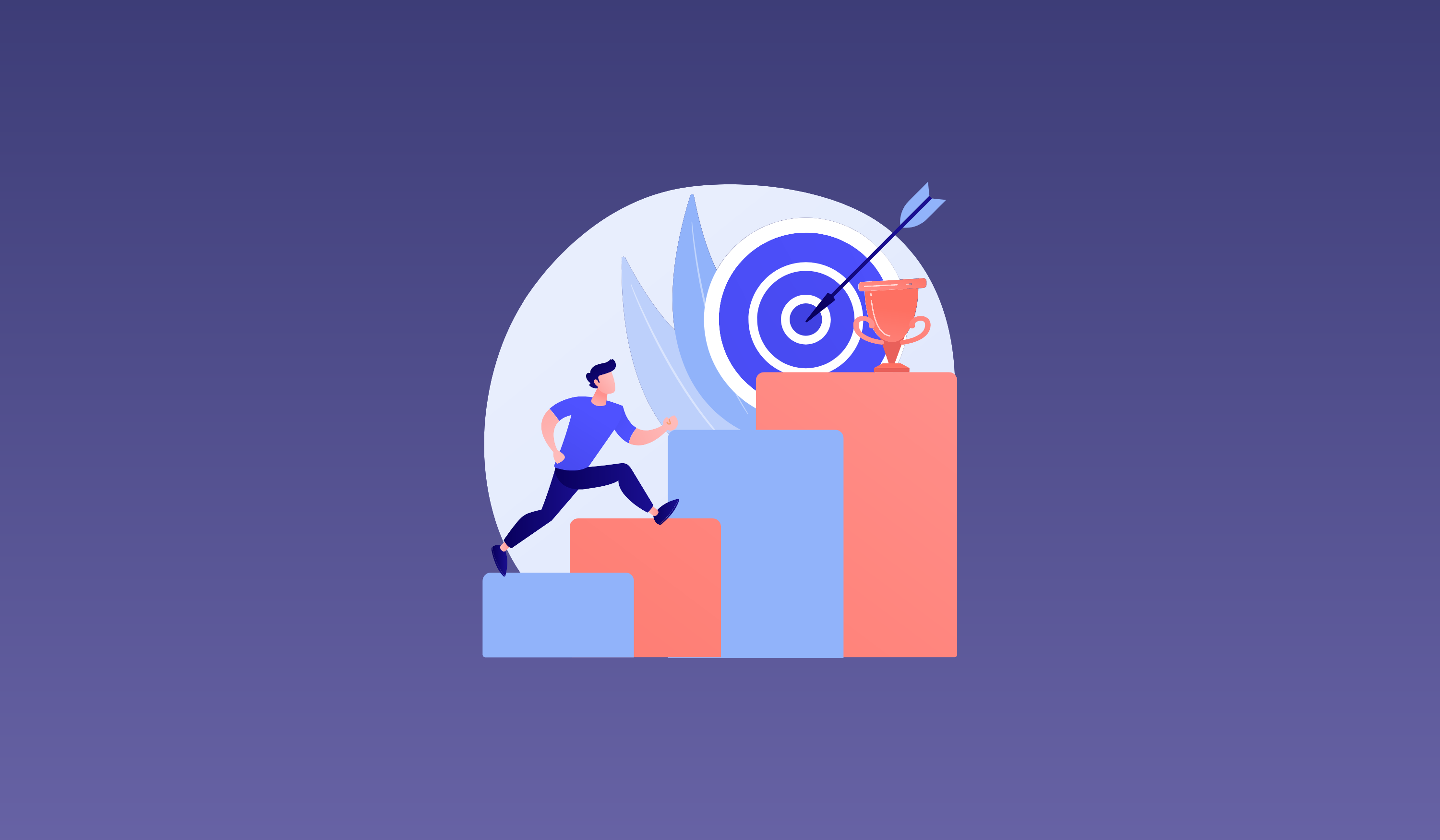