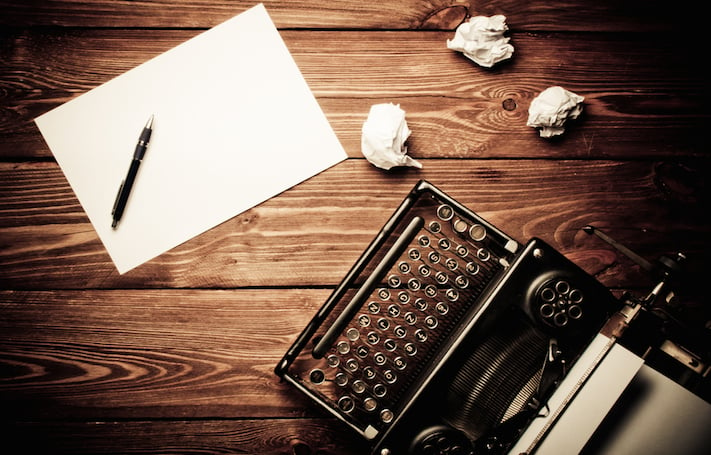 The Only 10 Writing Productivity Tips You’ll Ever Need

Content creation isn’t magic, and it isn’t something you can automate. Content at its core is writing, and eventually, you’re going to have to sit down and welcome the muse.

Now, you’re probably thinking, “I don’t have time for that!”

If that’s you, I’d challenge you to think about how much time you spend reading emails, checking social media, and watching TV. If you could divert some of those lost minutes to writing, imagine how much you could accomplish in a week, a month, or a year.

When I was in college, I wrote mostly in 15-minute chunks between classes — and I wrote more than 214,000 words that year. But ever since I established a regular writing schedule and made a few tweaks to my process, my writing output has increased dramatically.

Here are my best tips for getting in the zone and mastering the writing process:

If you’re focused on doing a high volume of writing, I recommend writing at the same time every day. This repetition creates a habit and trains your brain to be creative at a specific time each day.

I sit down to write my fiction every weekday morning from 6:15 to 7:45 without fail. Mornings work best for me because I haven’t yet greeted the “real world,” so my head is clear, and my creative juices are flowing.

If you can’t (or don’t want to) write every day, you still need to be intentional about when you write. Paul Graham wrote an awesome post on the difference between the manager’s schedule and the maker’s schedule. For creative types (i.e., “makers”), it’s very difficult to accomplish tasks such as coding or writing in one-hour snippets between meetings. These people tend to think in terms of half-day chunks that allow them to achieve a state of flow.

“I write best when I block out at least two hours of time and try to get through three or more articles,” she says. “I see that sometimes in the midst of writing one article, it spurs ideas for the next article.”

If you can’t write every day, borrow from the “makers,” and block off two to three hours every week to write without interruption.

Just as you measure business metrics such as leads and conversion rates, you should also track your writing output over time. I use a Google spreadsheet to keep track of my daily word count and how “in flow” I was feeling during that session.

If you’re new to writing, shoot for writing 500 words in one session. If you’re a more seasoned writer, 1,000 words per session is a good goal. As you become more confident and your ideas flow more freely, you’ll be able to set more ambitious daily and monthly targets.

Having a word count goal for each session helps you write faster and learn when you feel most “in the zone.” If you notice you can only write 600 words per hour in the morning, but 900 words when you write in the afternoon, consider changing your writing schedule.

You’re familiar with psychological triggers, right? They’re part of the habit loop that causes you to pull out the Oreos when you sit down to binge-watch “House of Cards.”

Well, you can also use those psychological cues to form positive habits. A psychological trigger can be anything that prompts you to start writing. For me, it’s the first cup of coffee in the morning. I’ve created such a strong association between coffee and writing that the first cup of the day automatically tells my brain it’s time to write. If I ever have to deviate from my schedule and write at night, I still brew a pot of coffee.

4. Block out the world with writing-friendly sounds.

If you’ve got a noisy co-worker who likes to “talk shout” on the phone right next to your desk, invest in some headphones, and use music or white noise to get in the zone.

SimplyNoise and Noisli help me create forceful silence in my writing bubble. If white noise isn’t your thing, Noisli has everything from thunderstorms to ambient coffee-shop sounds to help you concentrate.

Instrumental soundtracks are also great for writing. Some of my favorite scores include:

If you think you can write for an hour or more without taking a Facebook or email break — which aren’t breaks at all, by the way — you don’t have to turn off your Wi-Fi.

However, most people don’t understand that willpower is like a muscle that gets fatigued, and you only have so much to use each day. If it took an extraordinary amount of willpower just to sit down and write, you’ve already used up some of your supply. Do yourself a favor by removing the temptation altogether.

6. Clean up your desktop.

While a messy writing desk may lend itself to more creativity than a tidy desk, a cluttered computer desktop is just distracting. Establish some sort of file system to clear off your screen and make room for some creative thinking.

The best way to ensure you’ll always know what you’re going to write next is to keep a running list of article topics or potential writing projects. You sophisticated content gurus probably already have an editorial calendar, but your idea cellar is something more personal.

You can toss all your ideas into your idea cellar — even those wacky ones that wake you up in the middle of the night. It doesn’t matter how you track these ideas. Mind mapping is hot for creatives right now, but I’m old-fashioned. Google Sheets, Evernote, or even (gasp!) a notebook work just as well.

I blame middle school teachers all across America for people’s hatred of outlines, but you don’t have to use the scary “Roman numeral, capital letter, number, lowercase letter” format for your outline. For fiction, I use “story beats,” where I jot down what’s going to happen next in a stream-of-consciousness format. For articles, I make a list of all the points I want to cover. It’s that easy.

As you’re writing, you can always deviate from your outline. Its only purpose is to help you focus and maintain your flow by knowing what you’re supposed to write next.

9. Write with the door closed.

If you’ve read Stephen King’s “On Writing,” you know I stole this concept from him. When King says, “Write with the door closed; rewrite with the door open,” he means you should write without judgment and without worrying what someone else might think when they read what you wrote. Then, rewrite and edit with your readers in mind.

10. If all else fails, write what scares you.

Most writers and leaders have at least one idea or fear constantly playing in the back of their minds. Maybe it’s something about your industry that keeps you up at night. Maybe it’s an issue you’ve wanted to write about for some time but worried that you didn’t have the expertise or skill to tackle it right now.

If you’re not sure where to start, here’s a process that can help:

Step 1: Word vomit. Yeah, genius is messy. Without censoring yourself, quickly type out the essence of the problem or idea that’s been nagging at you in a few sentences. Don’t be afraid to rant, and don’t worry about making sense. Nobody will read this but you.

Step 2: Find the central argument. Read over what you’ve written, and try to draw some conclusion or establish your point of view on the issue. This doesn’t mean you need to have all the answers, but you should be able to clearly and succinctly articulate your argument in one sentence.

Step 3: Outline your points. Jot down a list of points you need to address within the article. Then, under those points, make a note of the additional research or examples you need to craft a convincing argument.

Step 4: Connect the dots. Don’t worry about an attention-grabbing introduction. Dive right into the meat of your article by crafting a conversation with the reader, hitting on each of your points along the way. You can go back later to support your claims with sources and add a nice intro and conclusion.

Of course, this process won’t work for every writer, but I’d encourage you to try a few of these tips to find a creative process that fits your style.

Whether you feel most inspired on Tuesdays at 3 a.m. with heavy metal blaring from your speakers or on a Friday afternoon when your office is completely silent, what matters is consistency and not letting anything interfere with your goals.

If you’re serious about writing, you should think of your writing time as your most important appointment. For me, that time is sacred, and it’s become my favorite part of the day. 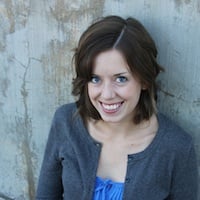 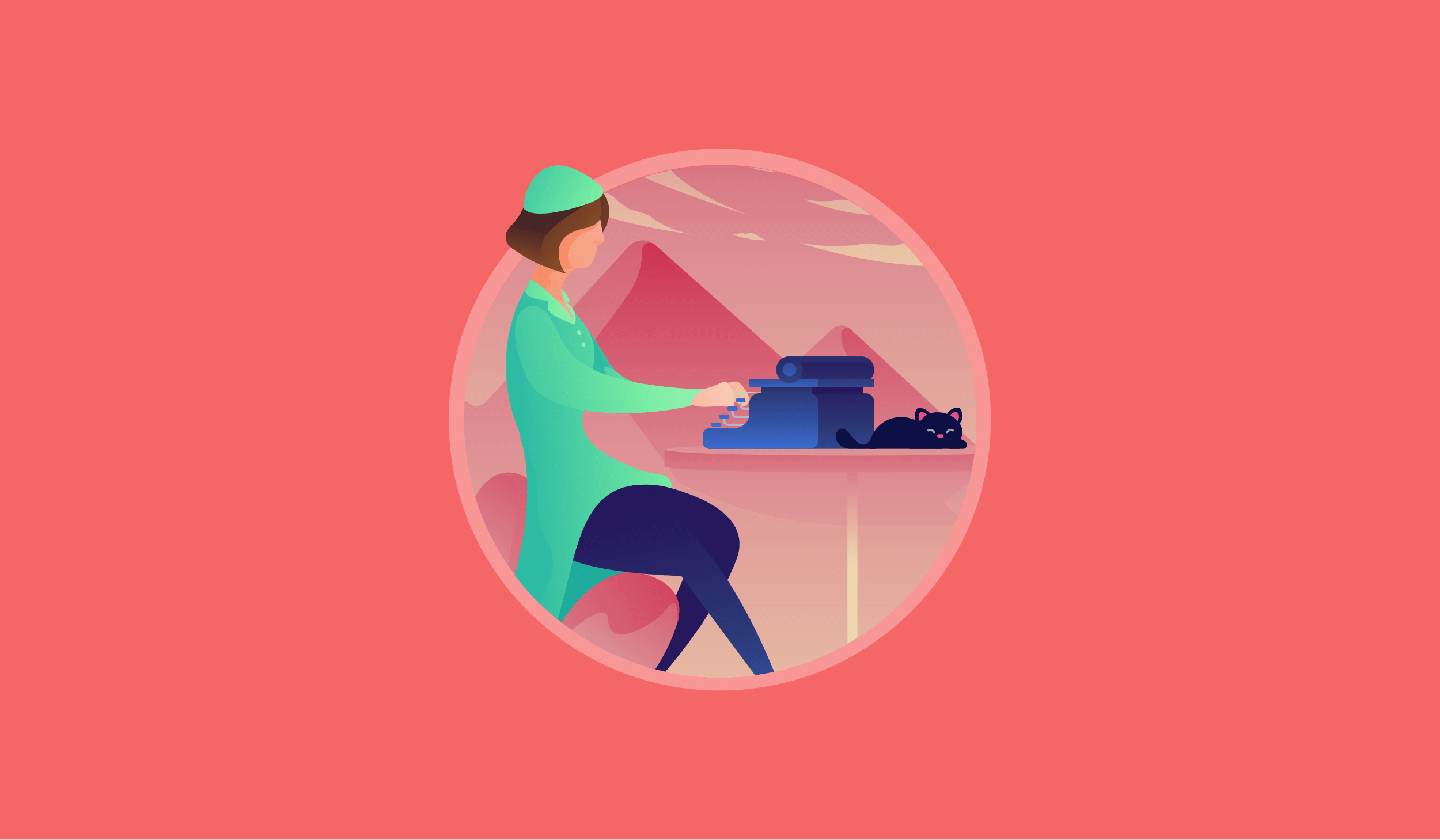 Want Your Consulting Brand to Look Its Best? You’ll Need to Hire a Trained Editor.

3 Ways to Fit Content Creation Into Your Daily Routine